Downtown Providence was very quiet as I walked north to the convention center this morning. All of the award winners must have been sleeping in…

AS THE CHEESE TURNS

It’s true what they say: #WrinklesAreSexy. (Watch it here.) 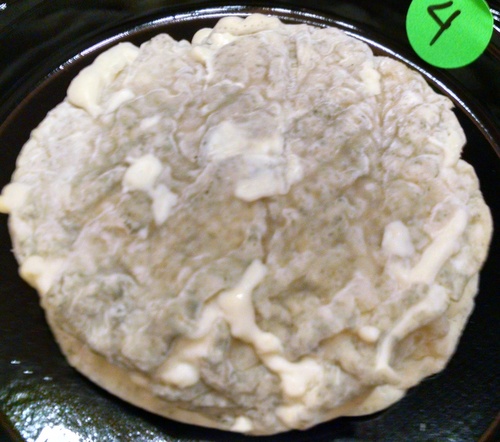 This was a vertical tasting of two cheeses: Vermont Creamery’s Bonne Bouche, and Jasper Hill Farm’s Harbison (which also has a video of its own). General Manager and Cheesemaker Adeline Druart talked about the process for making and aging Bonne Bouche into the cheese she wants it to be every time for the customer who buys it. Vince Razionale did the same for Harbison. They are similar semi-soft aged cheeses using predominently Geo and P.c. as aging agents. However Bonne Bouche is Goat, Lactic Set, and pimarily Geo. Harbison is Cow, Rennet Set, wrapped in a boiled spruce sapwood band, and primarily P.c. in nature. Bonne Bouche is a week or two younger than Harbison at its peak, and tastes like a great Champagne when it is just drained — the first version of it was only 3 days after make, and had just been sprinkled with vegetable ash.
END_OF_DOCUMENT_TOKEN_TO_BE_REPLACED

Maine cheese makers won ten awards at the 2015 American Cheese Society Judging and Competition announced at this year’s ACS Conference in Providence, RI. The ACS cheese competition is the largest competition in North America and includes entries from the US, Canada, and beyond.

First time competitors such Barred Owl Creamery in Whitefield, and Tide Mill Creamery in Edmunds won awards, as well as long time cheese makers like Appleton Creamery and York Hill Farm who have each won multiple ACS awards in past competitions.

Following are a list of the awards listed alphabetically by creamery name:

Friday began with an early morning meeting among the different Cheese Guilds to talk about the work that the Guilds do and where the Guilds and ACS can help each other. I was very disappointed with the discussion last year and had heard that this year the ACS Board had identified that defining and strengthening the connection between the regional Guilds and the national organization was a priority. One of the newest members on the Board (Vern Caldwell from the Oregon Cheese Guild) had tasked himself the job of coordinating this effort.

After introductions (in which there were quite a few announcements of brand new or fairly new Guilds being formed in Washington State, the Rocky Mountains, and Pennsylvania) ACS Executive Director Nora Weiser explained that ACS wanted to be careful not to overreach in their relationship with the Guilds to make sure the Guilds did not feel manipulated by ACS. Unfortunately she could stay for only 30 minutes of the long-scheduled one hour meeting in which many of the Guilds asked for MORE collaboration with ACS, especially in a way that would help justify the $199 annual individual membership cost for cheese makers in the Guilds.
END_OF_DOCUMENT_TOKEN_TO_BE_REPLACED