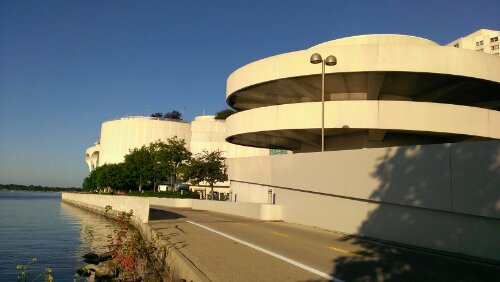 The conference began on a spectacular day on the shores of Lake Monona in the beautifully restored Frank Lloyd Wright Monona Terrace Conference Center with breakfast (including a full plate of Vermont cheeses to sample on each table), and the Keynote speech by Odessa Piper who ran L’Etoile, a farm-to-table restaurant before anyone knew what that meant. 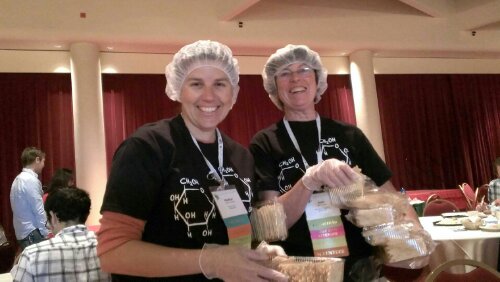 While I enjoyed some Vermont Butter and Cheese Co. cultured butter on a croissant, there were two other Guild members happily refilling the cracker baskets on our tables.
END_OF_DOCUMENT_TOKEN_TO_BE_REPLACED 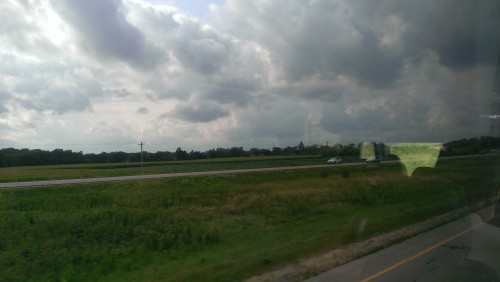 Outside of Janesville, WI

This was my travel day, and I reached Madison by bus from Chicago’s airport which gave me a chance to soak in the upper Midwestern landscape on my way into Madison, which is separated from the surrounding farmland by being squeezed between two lakes (Mendola and Monona). The land is not table flat but has a pleasant roll to it, with large fields of corn andn soy broken by tree lines. Almost every farm visible from the highway has a large series of silos.

The bus also dropped well north of the conference center (on the shores of Lake Monona) right in the middle of the University of Wisconsin campus. That made for a pleasant stroll down State Street to the Capital where the last in their series of outdoor symphony concerts was taking place as families picniced on the grounds around the domed building. On one corner was a bit of edible landscaping. 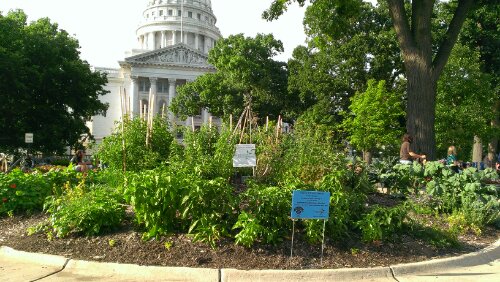 One of cheese’s ancient partners is having a difficult time in the Motherland: France.