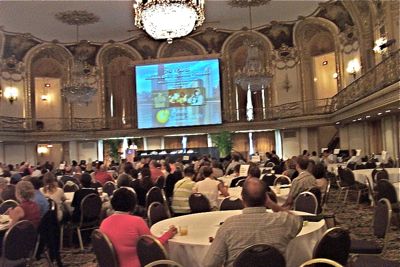 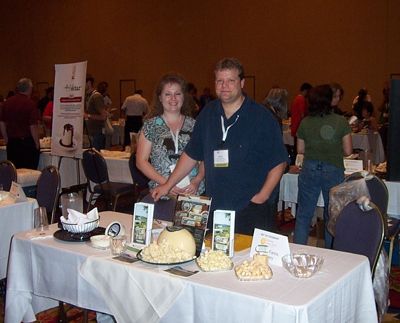 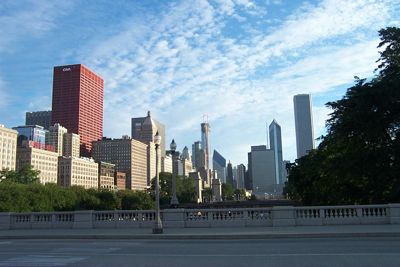 We have been visiting family in the mid-west after dropping the competition entries, but today we left Lancaster, Ohio for Chicago, arriving JUST before rush hour to our hotel near the conference site. We were greeted by a traffic cop insisting (loudly and frequently) that we had no right to park in front of our hotel and unload our goods. We had to park off-site and bring our luggage from there. Welcome to Chicago. We got in too late to register, which will make for an early morning on Thursday. But I did get to walk Michigan Ave. and through Grant Park as the sun sank behind the very tall buildings in downtown. We’ve been comparing skylines along our trip (Montreal, Indianapolis, Columbus, Wheeling) and Chicago wins hands down, not even counting the curd-thick traffic afflicting the highways through the Windy City at all times. 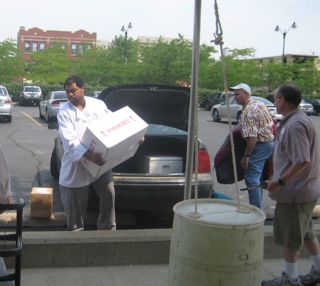 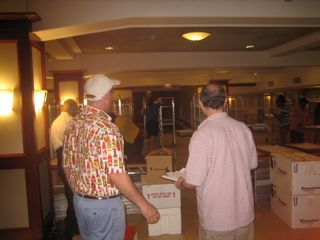 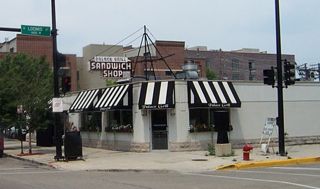 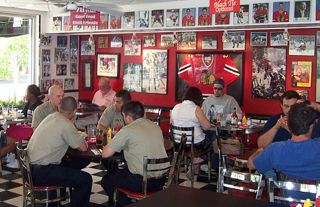