During a salmonella outbreak of 2008 and 2009 nine people died, 166 were hospitalized and more than 700 fell ill. Authorities ultimately traced the contamination of Salmonella Typhimurium back to peanut products manufactured in a Texas plant owned by the Peanut Corporation of America. According to the US CDC an estimated 48 million people each year are affected by food borne illnesses resulting in over 100,000 hospitalization and 3,000 deaths. In this one case, however, there were several factors that caught the general public’s attention:

As a result of the tremendous publicity and outrage of this embarrassing outbreak a White House Food Safety Working Group was formed to investigate this specific failure in the US food safety network. The result was the Food Safety Modernization Act (FSMA) passed by Congress and to be implemented by the US Food and Drug Administration (FDA).
END_OF_DOCUMENT_TOKEN_TO_BE_REPLACED 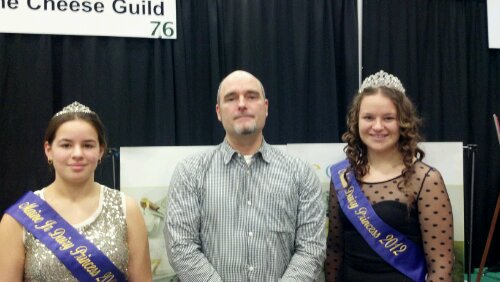 2013 Maine Dairy Princesses with Cheese Guild President Eric Rector at the beginning of the 2013 Maine Agricultural Trade Show in Augusta. 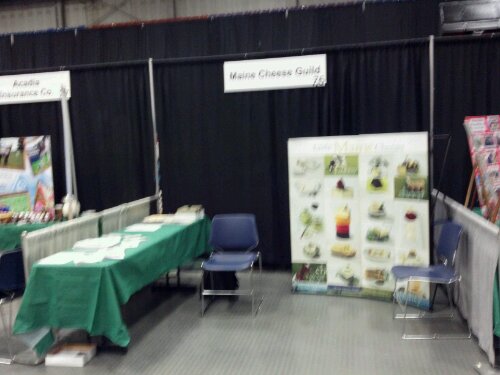 The Maine Cheese Guild booth in the main hall.