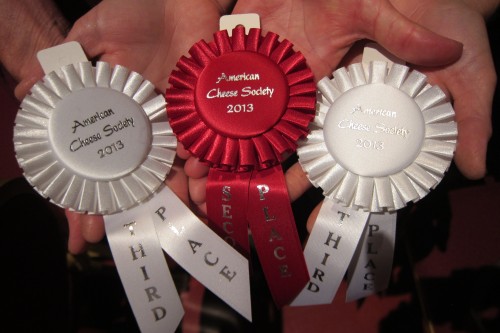 UPDATE July 8: Governor LePage vetos LD1282 and sends it back to the Legislature.

UPDATE July 9: Maine Senate does not override the veto.

Just as was the case in the 2011 state legislative session, several bills have been introduced that would exempt certain farms in Maine (including dairy farms and processors) in certain situations from state licensing requirements and food safety regulation. Two of these bills are now up for public comment before the legislature’s Ag Committee, scheduled for Tuesday, May 7th:

LD 1287 An Act to Deregulate Face-to-Face Transactions Between the Public and Small Farms and Small Food Producers.

In 2011 the Guild published our Quality Statement to emphasis that we do not support local ordinances that would exempt commercial dairy processors from state regulations. This year the Guild presented testimony to the committee on Tuesday, May 7th. About 20 people spoke in favor of the bills; I was one of two who spoke to oppose them. Several, including the Dept. of Ag spoke neither in favor or opposed but they did offer amendments for the committee to consider.

The overwhelming sense I got from the supporters testimony is that there is no middle ground between small Maine farmers forced to sell their locally produced food illegally, versus the giant multinational corporations who want to control the food supply. It was as if all 70+ of the currently state licensed cheese producers in Maine did not exist. Or, if they did exist, they were in league with Hannaford and Nestle. It was such a disturbing feeling to sit in the midst of people painting me with a tar brush that I let it get to me, and during my presentation I needed to turn to the supporters and remind them that “I am one of you.” The story they told of being a struggling small farmer and food producer in the state was also MY story. But they hissed back at me when I pointed that out, and one person shouted back, “no, you’re with them.”

Regarding the bill to support unlicensed sales of raw milk, supporter after supporter asserted that it was NOT POSSIBLE today, in Maine, to legally sell raw milk.

I will try to keep the Guild updated on this topic as soon as I hear officially what the committee has decided with regard to these two bills. No matter what, the full legislature will still need to vote on them, so please educate your local legislator.

The Maine Cheese Guild stands by its Quality Statement, issued in May 2009, with regard to the Local Food Ordinance proposals we have seen, and to the legislative bills introduced for the 2011 session (LD330 and LD366).

Our testimony against LD330, given to the Joint Standing Committee on Agriculture, Conservation, and Forestry at the March hearing on this bill follows:
END_OF_DOCUMENT_TOKEN_TO_BE_REPLACED