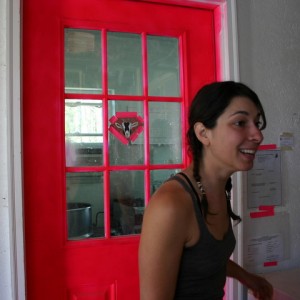 We had a very productive meeting held at the Fuzzy Udder Creamery in Unity on Monday, May 7th, including a tour of Jessie’s newly inspected and licensed creamery which is impressive in it’s simplicity and efficient design. We also heard from Barbara Skapa about several marketing opportunities for cheese makers interested in teaming up with Maine distributors, as well as a question about how the Guild should best market itself. That lead to a effort that Karen Trenholm will explore to put together a printed brochure with a cheese map inside that could be distributed state wide for summer visitors to use, as well as for Open Creamery Day. We hope to see a 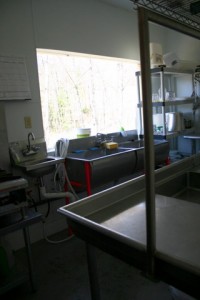 proposal for making this happen at the next Guild meeting in June.

We also had a spirited discussion about the efforts being made to exempt dairy licensing from small commercial dairy producers, which is something this Guild had often argued against. There will be more about that in another post that will include the crux of their argument.