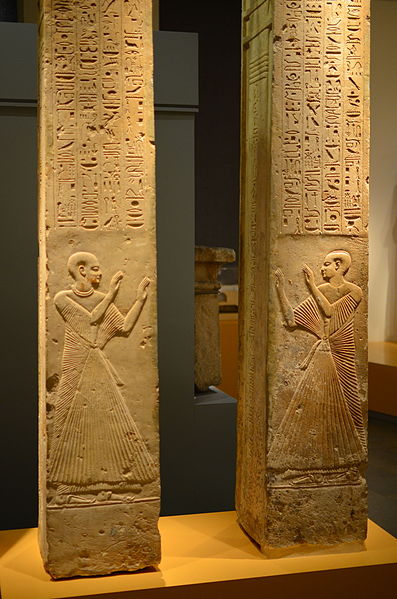 Two of the four pillars from the Tomb of Ptahmes in the Rijksmuseum van Oudheden in Leiden, the Netherlands. Photo credit: Alexander Van Loon

Researchers have analysed a “whitish mass” found in a cloth covered jar in the tomb of an ancient Egyptian nobleman named Ptahmes, and they’ve determined that it must have been an ancient cheese! The tomb was sealed in the 13th century BCE, they think the cheese was made from cow, sheep, AND goat milk, and the cheese also shows the presence of the Brucellosis bacterium in one or more of the milked animals.
Posted in Learning, News and tagged affinage, Aging.